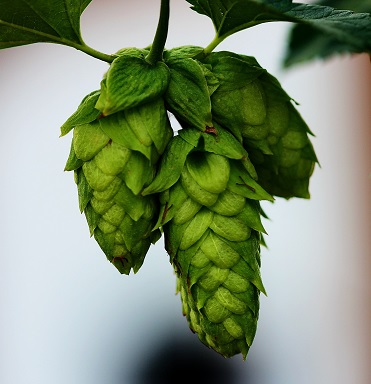 What you need to know about hops

Everyone knows that hops are a key ingredient in the world’s most adored and revered beverage but have you ever considered what makes the unique characteristics of hops so important to our beer?

With tens of thousands of varieties of beer created annually, it would be impossible to try every one that is brewed but those of us who actively seek new and interesting styles will know that the variety of hops used and the point of introduction in to the brewing process offers a world of possibility and myriad flavour combinations.

Soil and climate play a major role in developing this complex plant. The South-East and the West Midlands are the key hop growing regions in England. Our climate of even rainfall, warm summers and relatively mild winters, gives us a deserved reputation for quality, consistency and sophistication in our hops. Levels of myrcene, a complex organic compound that is also found in other fragrant plants including thyme, bay and eucalyptus, is often slightly lower in British grown hops than other countries which allows for more diverse, delicate and subtle flavours.

In the UK there are currently 27 varieties grown commercially, each with its own unique biological fingerprint and chemical make up to impart flavour. The Fuggle hop, for example, first cultivated in Kent in the mid-19th century, has been widely used for “classic” bittering as well as for its slightly floral, delicate and grassy aroma and is now cultivated in other hop growing countries such as the US and Slovenia. Boadicea, another British success story, is credited with being the first aphid-resistant variety. It also possesses a good resistance to the earth-borne wilt disease and therefore requires far less chemical treatment making it a perfect ecologically friendly crop. Other notable varieties include Cascade with an intense citrus, floral flavour and First Gold which as a flavouring hop combines sweet citrus with slightly spicy notes and bringing a refreshing sharpness to the bittering.

The introduction of hops to the brew process occurs at different stages to achieve specific results. Hops grown for their bitter qualities possess more alpha acids than those primarily grown for aromas. They are typically boiled for around an hour to release the desired oils. For flavouring, hops are added midway through the boil – in some cases several varieties will be used at this stage to achieve a flavour unique to the brewery.

Finishing hops are those added during the final minutes of the boil so that more of the natural aromas will be retained. Typically those with a lower alpha acid content with stronger aroma qualities are used, for example the grapefruit sharpness of the Cascade; perfect when creating an IPA for example.

Dry hopping is a technique where the hops are added late in the fermentation cycle, often when the beer has passed through its main bubbling phase and is conditioning slowly; a much favoured technique among many craft brewers looking to optimise the flavour of their beer.

Love your hops, love your beer

Hop growers are passionate about their craft and their crop; new varieties can take around ten years to develop and cultivate to a point at which they can be used commercially. Brewers too take pains to source the very best ingredients for beer lovers creating flavours and styles for every taste. At Beer Piper we share this passion. We make certain that beer is always served in its intended fashion by ensuring no contaminants in the line taint the flavour.

Are you serving the best possible pint every time? Do your best to acknowledge the work that goes into the production of our beloved beer – install Beer Piper in your establishment and maintain your customer approval. You’ll not only save time and money every time you carry out your clean, you’ll be keeping your beer as it was meant taste.