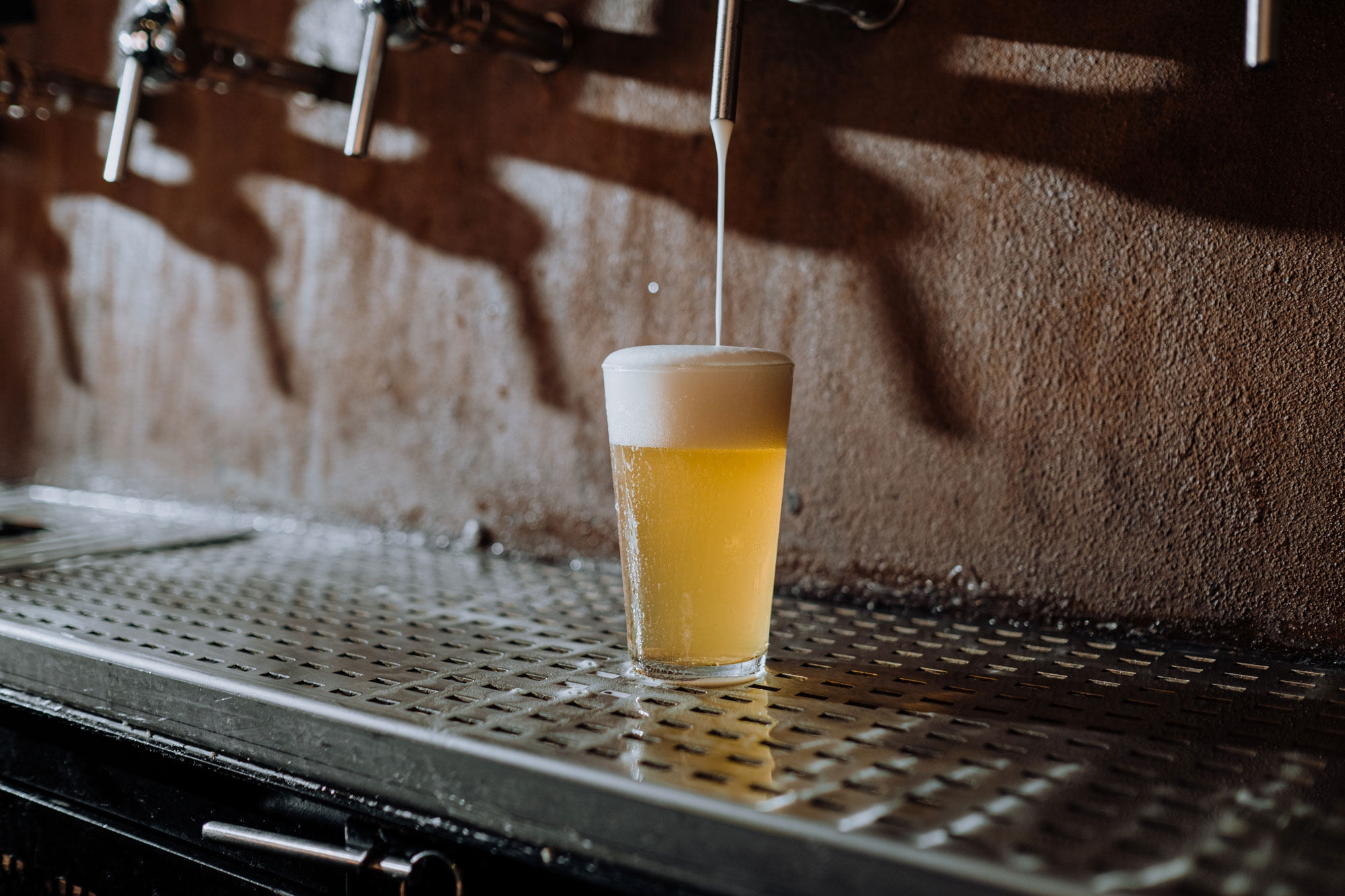 Life inside a microbrewery

If you were to take a poll of the people you know and ask what their dream job might be, it is likely that working in a brewery would elicit considerable  response. Adur Brewery in Steyning, West Sussex is just one co-operative that offers the chance to experience working – and even owning a share in – a microbrewery.

It was at one of the regular farmers markets held in Sussex that I happened upon a stall of bottled craft ales made by Adur Brewery, just a few miles from where I stood. Striking up a discussion with the stall holder who sported eye-catching jester headgear, led me to sampling a few thimble sized mouthfuls and enjoying the wonderfully guilty pleasure of a beer at breakfast. The man beneath the hat it transpired was Head Brewer, Graham Timmins, who was keen to let me in on how the brewery came about.

Eight years ago, the original owners of Adur Brewery decided to cease operations which led to a group of concerned ale enthusiasts to form a co-operative and save the brewery from extinction. Graham and the other members are now continuing production on the Wiston Estate at Steyning, West Sussex and have developed a range of handcrafted beers proudly displaying the CAMRA logo, that affirms their status as a real ale. The headgear was also explained when I was introduced to the brewery’s flagship brew, Merry Andrew (an old term for a jester), a dark, fruity ale packing a 6.5% abv punch.

Relying on the work of co-operative members and willing volunteers, Graham was only too happy when I offered my services and a few days later invited me to work with them on a new batch of their Hop Token Summit.

Work at the brewery necessarily starts early and on arrival I was met by Graham and his colleague Andy, already busy lifting sacks of malted barley toward the mash tun where the process of converting the starch from the grain into sugars begins. That the team had already spent the previous two days ensuring clean and sterile equipment, made me feel as though I was arriving only for the exciting bit.

We began by lifting sacks of malted barley onto the lid of the mash tun, the vessel that extracts the starch from the grains. Here we began a two man job, one of us gradually massaging hot water into the grain from one side of the vessel, the other operating a foot pump to release hot water from the hose and gently stirring into a smooth porridge before releasing into the mash converter below. Graham tells me this is an important element of their preparation:
“We mix the water with the grain a little at a time before placing into the mash tun to prevent dry lumps from forming. It results in a more consistent mash.”

Though time consuming, there was the sense that the process could not be hurried if we were to make a quality product. After more than an hour of this and sticky with starch, I appeared as if I had showered in muesli.

The mash was steeped in hot water after which a process known as “sparging” took place, where hot water was passed through the grain bed to extract the most from the grain. This is again a part of the process which Graham sees as vital to the final product for greater flavour and depth. Eventually the liquid, or “wort”, was channelled to the copper – in reality a stainless steel vessel – where the wort was boiled with the early hops for bittering. Hops for flavour and aroma, in this case Summit, were added to the copper much nearer to the end of the process. After cooling, the wort was transferred, or “pitched”, to a fermentation vessel where yeast was added to convert the sugar to alcohol.

Our day ended with an enormous sense of satisfaction that comes from preparing a product that is genuinely crafted and enjoyed for its complexity.

You don’t need to have experienced making beer at first-hand to appreciate the work of the brewers who create fine ales of character and value, but it is certainly worthwhile! When brewers go to great lengths to produce flavour in their ales, don’t let their work go unnoticed, serve your beer as it was intended. Take advantage of Beer Piper’s free trial and see how your lines can be fit to sell extraordinary beers to your discerning customers.